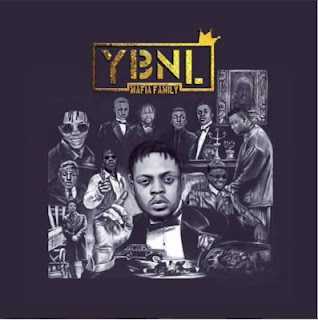 Olamide’s YBNL label has dropped their much anticipated collaborative album titled “YBNL Mafia Family” and we’re more than impressed with this beautiful body of work.
The ‘YBNL Mafia Family’ album houses 14 solid tracks done by Olamide, DJ Enimoney, Limerick, Temmie Ovwasa, Picazo, Fire Boy, Yomi Blaze with additional collaboration from Kizz Daniel, LK Kuddy, Kranium and Lil Kesh.
Pheelz, Killertunes, Cracker Mallo and 2Kris all get credit for the production on the album. All song mixed and mastered by Zeeno Foster.
This is one hell of an album from Olamide & the entire YBNL Artistes… You all should go check out the Album

Checkout the songs on Apple Music below and a link to buy the Album or Scroll down to download it!
Stream the Album below:-
DOWNLOAD ALBUM

FLAMEZ: TOGETHER MP3 [PROD BY SURGEON]