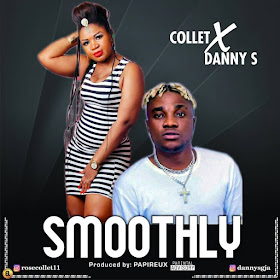 Olewu Onyebuchi Rosecollet a.k.a ( Collet ) is a singer /song writer and performer from Imo State. She studied political science in Abia State University Uturu ( ABSU).
Already a superstar in some parts of the world, she dropped her first single titled “Spreading ur Love” a while back, coupled with her debut Album back in 2015.
Her latest single Smoothly which she featured a super star Danny S  was produced by papireus, enjoy it While waiting for d video
Download it and drop your comments below;
DOWNLOAD MP3